Early in 1932 five families came together to begin what was soon to become Our Savior Lutheran Church. With a need for a west-side Lutheran church, by June of 1935 a constitution was adopted and signed for the organization of Our Savior.

In 1935 the Kilbourne property at 420 West Downer Place was purchased for the use as the parish home. This home was owned and built by Charles S. and Charlotte Kilbourne. 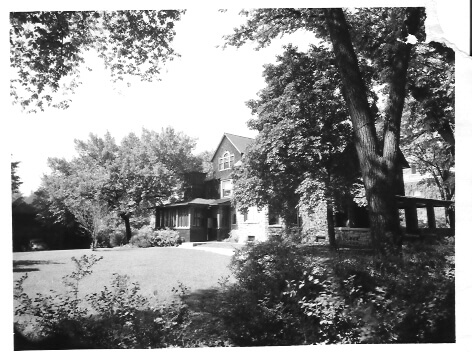 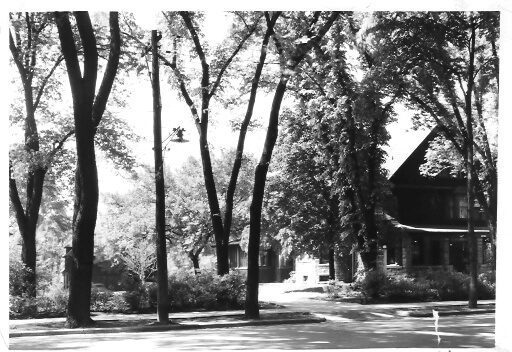 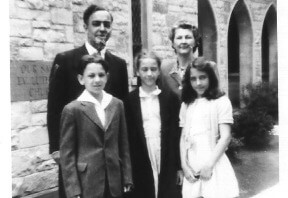 From February until Fall, 1935, student Pastor George Weiss conducted most of the services until he returned to his studies at the seminary.

In October 1935, Pastor Paul G. Krentz of Harrisburg, PA was extended a call to Our Savior. He moved to Aurora in November 1935 with his wife Ruth, their three children and Pastor Krentz's mother.

Pastor Krentz and his family lived in the upstairs portion of the Parish House. The downstairs was later used for Sunday school rooms and currently houses the church offices.

By Easter Sunday, 1942, with the congregation having grown to 342 members, ground was broken east of the Parish House for the first church building. 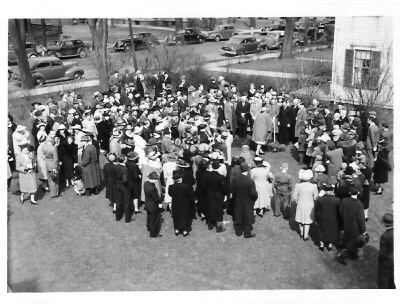 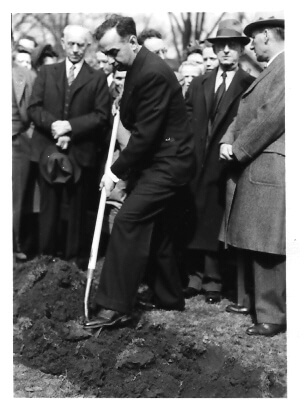 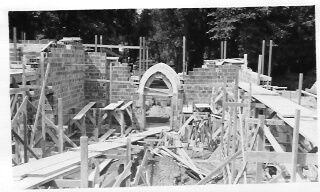 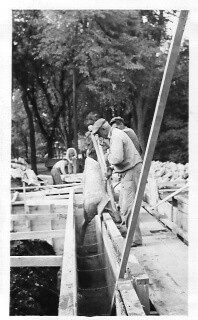 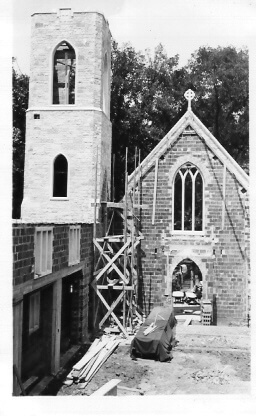 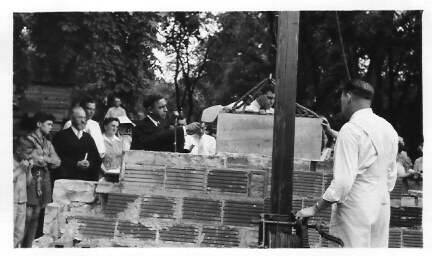 With drive, determination and by the grace of God, the members were led to each individually mortgage their homes to help with the construction of the church. The Gothic Revival style stone structure with random-coursed limestone creates a spacious yet warm and welcoming feel. The cathedral-beamed ceiling adorns the center of the church with Gothic arches along the side aisled. The stained glass windows, depicting stories of the Bible, line the outside walls. The cross, on which hangs the Risen Christ, is a very cherished addition. The Risen Christ, hand carved in Italy, was donated in 1997 by the Marvin Pilmer family in his memory. 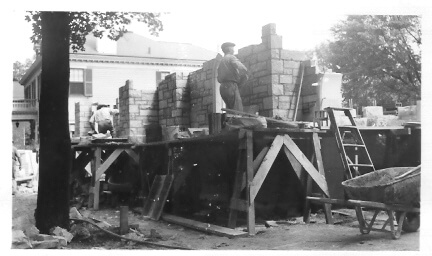 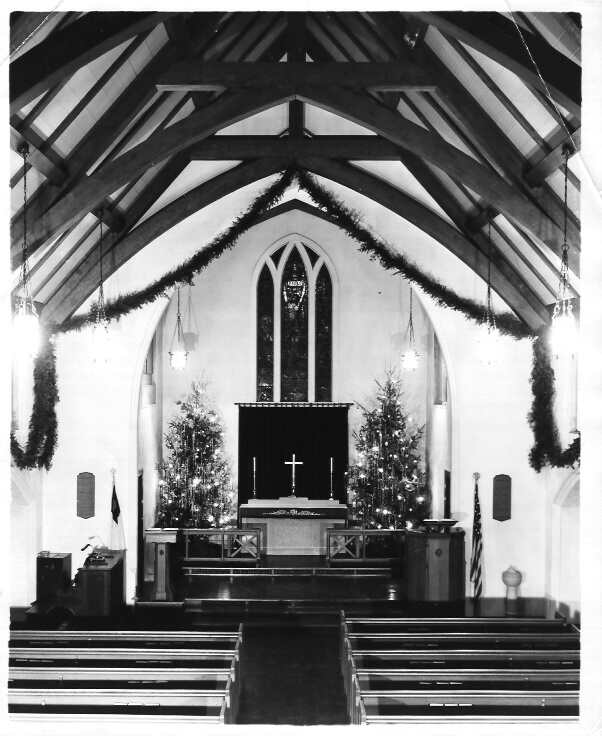 By 1944 it was necessary to conduct two Sunday services to serve the expanding congregation and by 1948 the $60,000 mortgage on the church building was burned, leaving the congregation debt free.

The architectural style preserved in this structure is an eclectic blend of Queen Anne, Shingled Villa and Colonial elements. The Kilbourne home now serves as the church Parish House. The woodwork and gold gifted wallpaper in the house is original. The beautiful Tiffany window at the top of the staircase is a priceless work of art. Its inlaid gems give this window a beautiful illusion when the sun shines through. 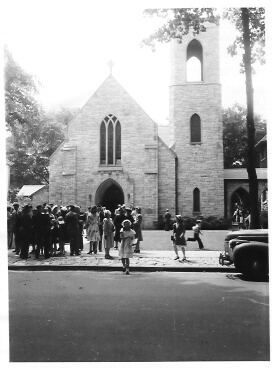 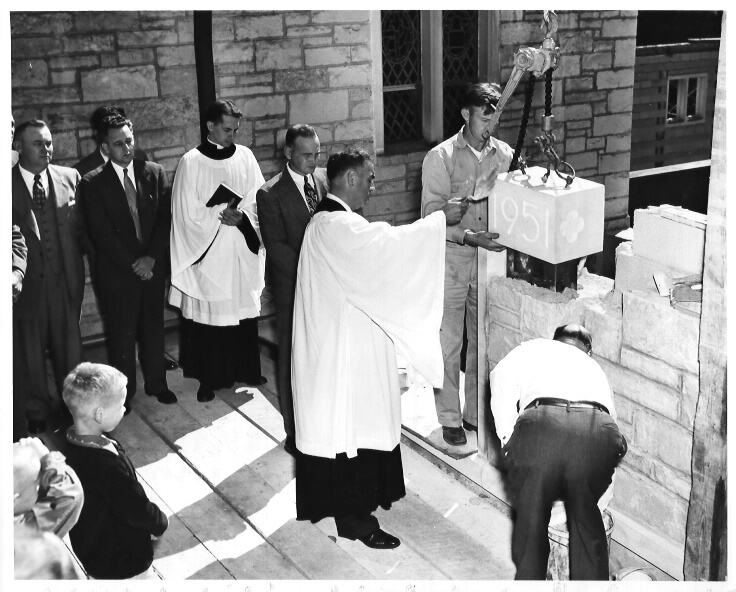 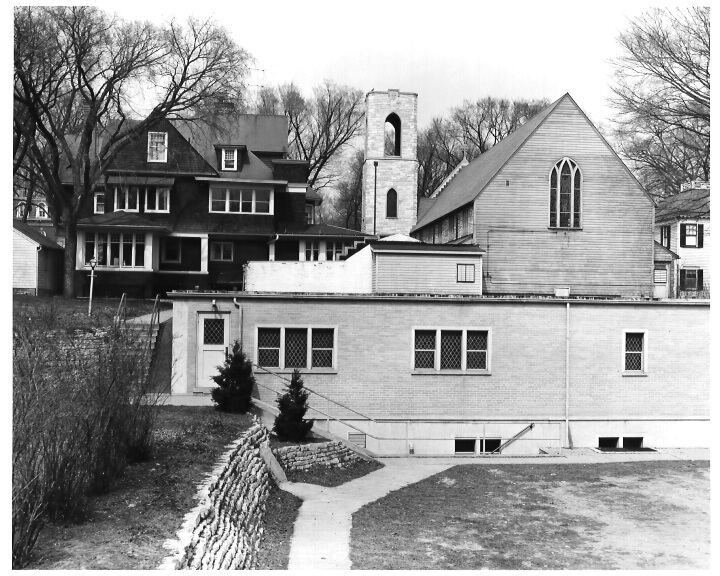 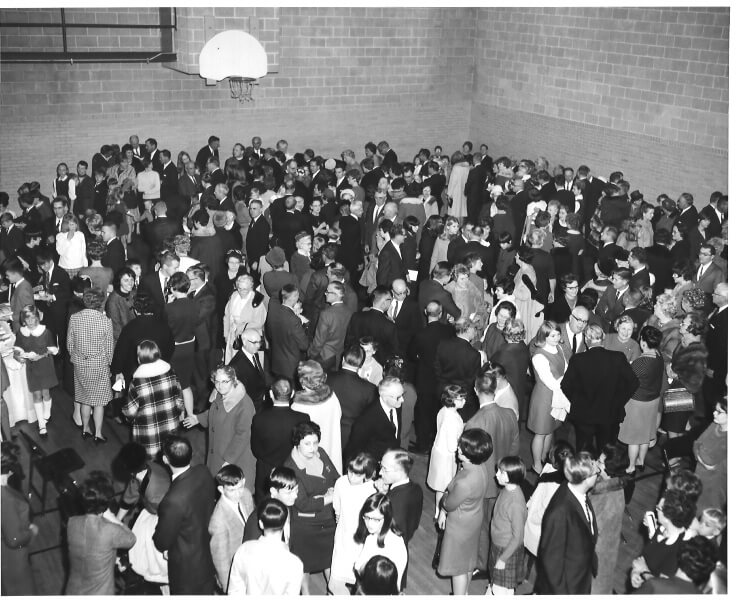 In 1958 the 27 ranks Wicks Pipe Organ was purchased, built and installed in the sanctuary.

On March 15,1959 the third and final unit of the planned expansion program was dedicated. This construction provided seating for 600 in the nave and also 11 additional rooms for the growing Sunday school of 510 children and 45 teachers.

In 1972 the property at 410 West Downer Place was purchased from Dr. William Eilert. This structure is a typical example of the popularity of the Georgian Revival style home of the time. Prior to the purchase by Our Savior from Dr. Eilert, the property had two owners. In 1895 Julian and Katharine Sturtevant lived at the address. Julian was pastor of the New England Congregational Church. Then in 1898 S. Eugene and Mable Miller purchased the property. Mr. Miller was owner and president of the Miller, Bryant and Pierce Company manufacturer of carbon paper and typewriter ribbon. Mr. & Mrs. Miller lived here until the sale to Dr. Eilert who used the building for his medical offices. 410 West Downer Place was purchased by Our Savior to be used as an educational building and served as Sunday school rooms for many years, and housed the church sextons. In 2012, the building was demolished and replaced by a circular drive.

The PAUL G. KRENTZ CHAPEL, built in 1979, has been a well-received addition both for regular Saturday evening services and occasional Prayer Vigils. 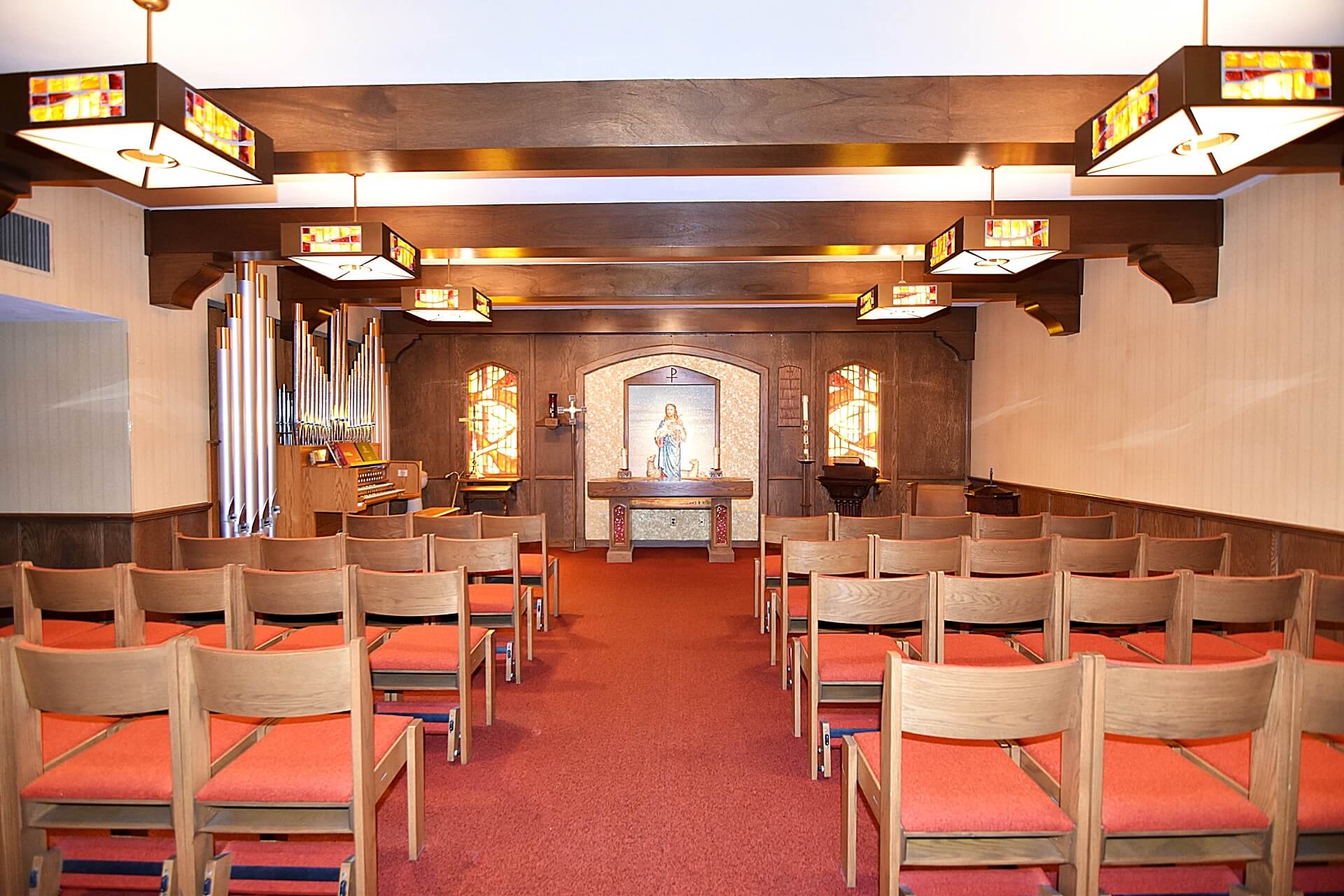 An arson fire on May 17, 1980 in the rear of the Parish House caused pain at the time, but did not prove to be a major setback.

In July 1986 the Church narthex was renovated to provide additional space. Congregates found that there was much socializing to be done following the services and insufficient space to do so. Eighteen feet was added giving space to both the narthex and the balcony above. This additional space in the balcony gave room for the radio broadcast booth.

In 1991 the stained glass windows in the sanctuary were restored. Members generously adopted each window and each adopter paid for the renovations.

In the Spring of 1996, Donald and Beverly Lapp donated the Boroque Organ in the Krentz Chapel. As in the sanctuary, this organ was purchased from and built by the Wick Organ Company in Highland, Illinois.

In 2002, the congregation purchased two parcels of property which include the former Copley Carriage House and 1.2 acres of land adjacent and west of the existing parking log. This property was used for community gardens.

In Celebration of 75 years of blessing at Our Savior, the congregation voted to update the interior of the sanctuary and renovate the narthex and restrooms during 2010 with contributions and donations from members and friends of Our Savior. This work was completed before our 75th anniversary celebration on June 6, 2010.

In our years of growing in Our Savior's love, 9 senior pastors have served us: